the perfume of cinema

What do perfume and the movies have in common?
A nose is like a movie director, the olfactory pyramid is like the plot, the notes are like the actors… 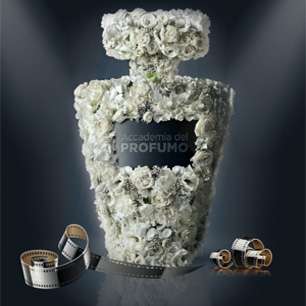 If you want to understand the similarity between perfume and the cinema, you need look no further than the incredible universe of human emotions.
Both of these worlds have an amazing evocative potential and are capable of projecting us into another dimension. The cinema uses images to enable us to slip easily into a different reality. Perfume employs our sense of smell invisibly to approach the cerebral limbic system, triggering emotions and memories.
So perfume and the movies proceed by different routes to influence our sensations. If they could coexist simultaneously in movie theatres, we could have a truly global, immersive experience.

it’s no coincidence that the history of the cinema lists plenty of attempts to combine a film projection with the diffusion of a perfume. After all, what is better than a perfume at amplifying and intensifying the experience of watching a movie?

To give you a chance to experience this amazing multisensory dimension for yourself, we teamed up with the National Cinema Museum in Turin to choose six great Italian films and then invited twelve Italian and international noses to devise the same number of fragrances to complete the visual narrative.


The only one in Italy and one of the most important in the world, the National Cinema Museum is housed in the Mole Antonelliana, the soaring symbol of the city of Turin. It has one of the richest and most exciting displays of the cinema, encompassing and illustrating the whole story of the movies, from shadow theatre and the earliest fascinating magic lantern shows to today’s most spectacular special effects and virtual reality.
As you proceed on this visual journey, you cannot ignore all the experiments conducted since the 1910s to find a way to add olfactory perception to its visual and audio counterparts in the cinema. The first attempt to perfume a film dates as far back as 1906, when Samuel Rothafel soaked tufts cotton wool in rose perfume and placed them in front of ventilators while showing the film Rose Parade. Walt Disney is also said to have designed Fantasia to include olfactory experience, but had to give up because of escalating costs. 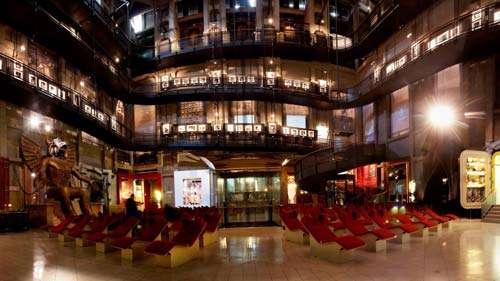 In the 1950s, Hans Laube and Bert Good patented an instrument for synchronising the emission of odours with the scenes of a film, using optical signals incorporated in the film. In 1957, Morton Heilig created the Sensorama, which projected films in 3D together with stereo sound, air and aromas. In the following decades, the movie director John Waters designed the Odorama cards to be scratched and sniffed, then pioneered them in his film Polyester.
The next and more recent evolution was the Fragrance Communications System, used by Terence Malick to launch his film The New World in Japan, and by Kim Nguyen for the French perfumed documentary L’Odorat, which explores our relationship with odours through the life of a woman who has lost her sense of smell.